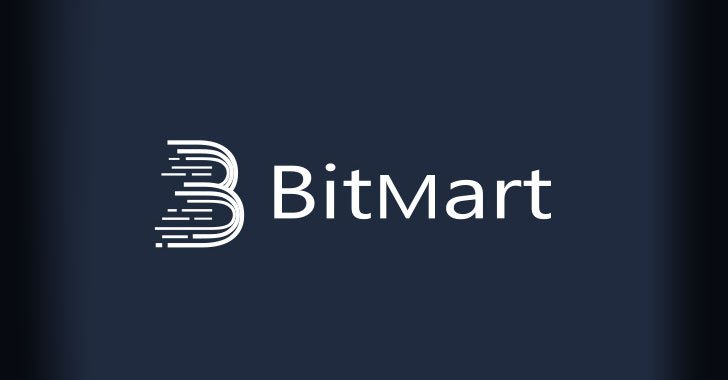 BitMart Crypto-exchange loses $150m to hackers. The latest centralized exchange hack may be among the most devastating to date as BitMart has lost $196 million in various cryptocurrencies. A tweet from security analysis firm PeckShield first called attention to the alleged hack Saturday night. One of BitMart’s addresses currently shows steady outflows of entire token balances, some worth tens of millions of dollars, to an address currently labeled by Etherscan as the “BitMart Hacker.” 📰 Coindesk

Jack Dorsey’s Square to change its name to Block. Square Inc. is changing its corporate name to Block Inc., signaling a push beyond the company’s main sales and payments products into businesses like music, cash transfers and the blockchain. The company, co-founded and run by cryptocurrency enthusiast Jack Dorsey, will continue to call its seller product Square, and the new corporate identity won’t lead to any organizational changes. The company’s stock ticker—SQ —will also stay the same.  📰 Fortune

Mining Bitcoin with volcanoes still costs more than oil. Ricardo Navvaro, an ecologist in El Salvador, has questioned the country’s decision to mine Bitcoin using geothermal energy from volcanoes, claiming geothermal energy is more expensive than oil. “Geothermal still costs more than oil, otherwise we would already be using more of it. What will end up happening is that we will just be buying more oil,” reportedly said Ricardo Navarro, who leads the El Salvadoran Center of Appropriate Technology.  📰 Decrypt

Craig Wright avoids $170 billion Bitcoin lawsuit claim, must pay $100M. Craig Wright, who claims he is Bitcoin inventor Satoshi Nakamoto, is off the hook for a multibillion-dollar payment to the estate of computer scientist Dave Kleiman, which argued that the men created Bitcoin together. But Wright will still have to pay $100 million to the company he and Kleiman founded after a federal jury in Florida found the nChain chief scientist liable for conversion, 📰 Decrypt

Facebook’s top crypto executive David Marcus is leaving the company. David Marcus who leads crypto unit Novi and previously helmed the company’s Messenger unit, announced Tuesday that he will be leaving the company later this year. Marcus joined Facebook in 2014. His departure marks another major exit from a long-time Facebook executive — in September, Facebook CTO Mike Schroepfer announced he was stepping down from his role after 13 years at the company. Former Upwork CEO Stephane Kasriel who previously worked as the head of Product for Novi will be taking over Marcus’ role at the top of the org. 📰 Techcrunch

Celsius Network is a leading crypto savings and lending app where you can earn up to 17% in interest per year paid every Monday. I use the app myself and it’s always a joy to start the week with a pop-up notification from Celsius with the incoming reward. Earn $50 worth in BTC with your first transfer of $400 or more by signing up with my Referral Link.

Nifty Gateway to cut Ethereum gas fees by 70% on ‘Wallet-to-Wallet’ NFT trades. NFT marketplace Nifty Gateway recently made a significant shift, pivoting from its original focus solely on curated art drops to becoming an aggregator of Ethereum NFT marketplaces. But as co-founders Duncan and Griffin Cock Foster told, that was just one step towards a larger plan. Today, the company is revealing a new method to cut Ethereum gas fees by up to 70% on NFT transactions.  📰 NFT Plazas