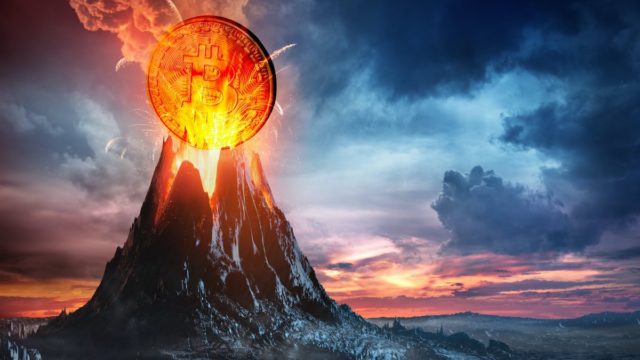 El Salvador will use energy from volcanoes to mine Bitcoin. The president of El Salvador, Nayib Bukele, announced on Wednesday plans to use energy from volcanoes for bitcoin mining, recently approved as the legal tender in the country in an attempt to boost the national economy and protect it from possible impacts derived from the inflation of its fiat currency.   📰 Marketresearchtelecast

DeFi Has Had a Strong 2021, Driven By New Trends & Paradigms. The decentralized finance sector had a massive 2020, and while non-fungible tokens (NFTs) and the crypto bull market may have overshadowed it so far in 2021, its performance this year has been at least as strong.  📰 Crypto New Media

As predicted in the last post, we have seen a breakout downwards from the symmetrical triangle pattern. The breakout happened on the 7th of June and Bitcoin has seen a drop-down to $31K. The altcoins have seen an even bigger drop in price as it’s normal during these dips. What was great to see is the huge green candle just two days later bringing Bitcoin back into the narrowing triangle. I myself believe in the fundamentals of Bitcoin and do not think short-term. I am also generally not a fan nor an expert in technical analysis. Nevertheless, I am always surprised to see how Bitcoin (and of course underlying retail and institutional traders) stick to certain pattern such as the symmetrical triangle as you can also see in my visualization. 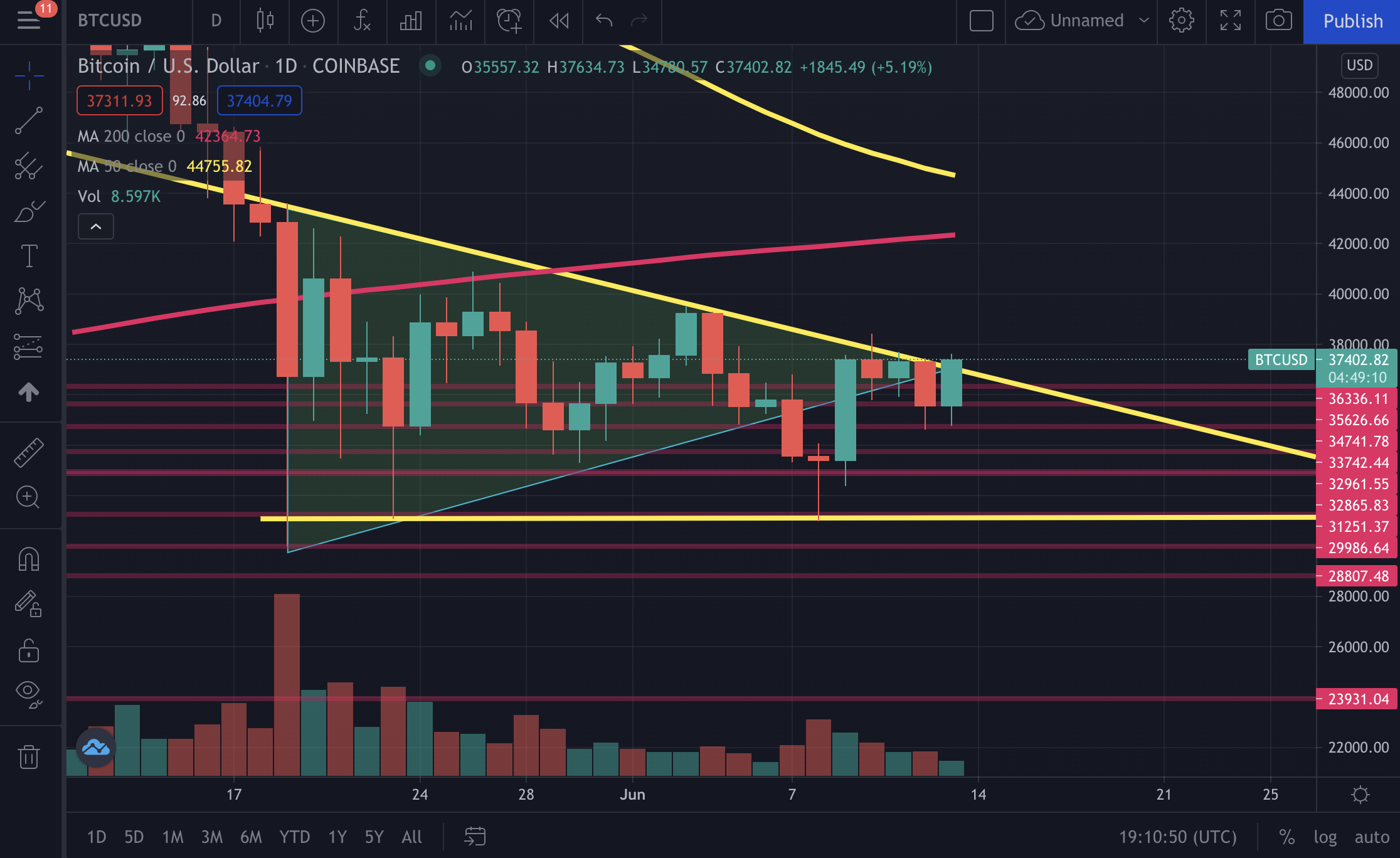 So what’s up next now? Cryptos can be traded 24/7 unlike the stock market, nevertheless, there are still patterns you can see how the crypto market behaves during the weekend versus during weekdays. On weekends you often find most cryptos in the red, sometimes even significant dips occur such as this weekend or the last one. Now is Sunday evening and the price crawled up to the upper bounds of the symmetrical triangle (light greenish triangle area).

With the new week starting, I am hoping to see Bitcoin making further moves upwards. You see also on the top of the visualization the 50-day moving average (yellow) and the 200-day moving average (red). As mentioned previously, the 50-day crossing down to the 200-day MA would be very bad for Bitcoin in the mid-term as it would signify a bearish trend. We might be able to avoid the so-called death cross when Bitcoin closes above 42K.

Zooming out a bit, many exciting movements are happening in the crypto space. We have seen Nayib Bukele now officially introducing Bitcoin as a legal tender in his country. Fun fact: Bitcoin is now listed as an official currency if you look up El Salvador on Wikipedia. Other neighbouring countries now show also interest in Bitcoin as a national currency. Obviously, the US will have a strong view on that and will potentially try to stop this movement (which I doubt they will be able to do). It was always clear that the US wants to keep having the USD as the world currency and they will do everything they can to get there.

In the next couple of weeks, we might be still moving sideways but on the long term i.e. next 6 months I am very bullish on Bitcoin as well as Ethereum. Ethereum is having fundamental changes in its protocol (which I will be discussing in a separate post) which will make ETH scalable and deflationary.

🎯 My top crypto picks for June