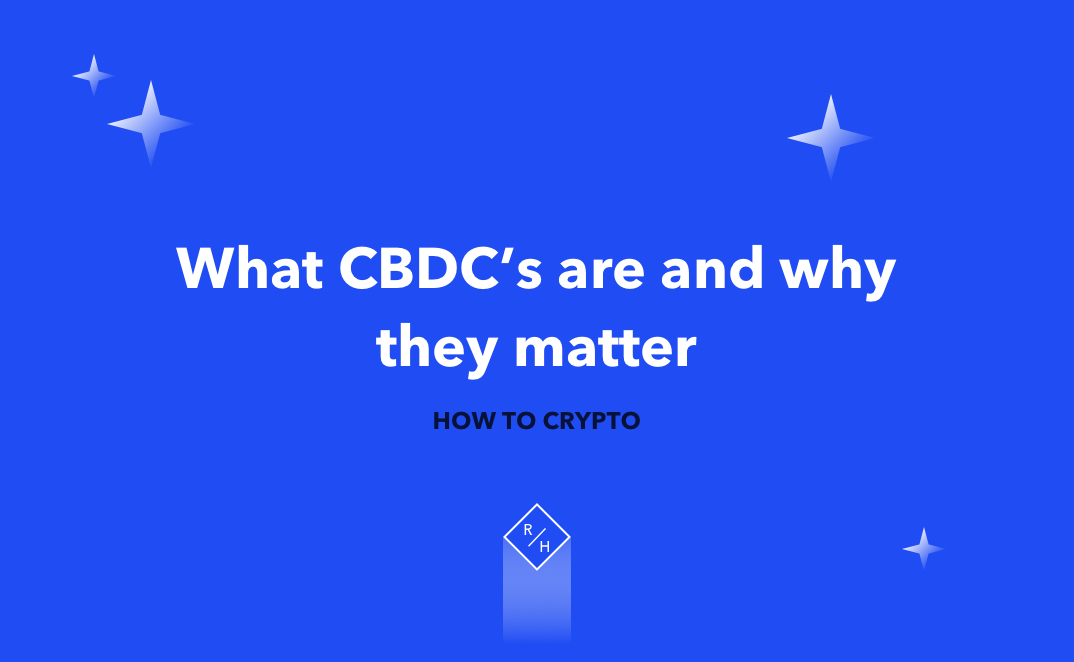 What is Blockchain and how does it work? 📖

This is a new series called How to Crypto, where I will discuss and explain on a weekly basis one key concept in the blockchain and crypto space. There are so many interesting use cases that I am learning on a daily basis, some of them are more difficult to grasp like zk-SNARK but I will do my best to explain the concepts in the easiest way possible.

Hope you enjoy it.

It is plainly obvious that cryptocurrencies have recently surged in popularity. The stigma associated with incorporating cryptocurrencies into different digital payment systems and financial infrastructures has gradually been dissipating, as seen by big corporations such as PayPal, Tesla, Visa, JPMorgan Chase & Co. and more as all of these institutions are now electing to invest in cryptocurrency and allow crypto trading. However, one must also recognise the growing popularity of CBDCs (Central Bank Digital Currencies) and their importance in the global financial sector, as it could be argued that CBDCs would present a direct challenge to the dominance exhibited by the cryptocurrency industry and markets as we see it today.

Bitcoin was created in the aftermath of the 2008 economic crisis to serve as an alternative means of payment as well as a long-term investment. Fast forward to 2021, and it is now the biggest cryptocurrency in the world, with a current price of little more than $47,000 as of the time of this writing. In the early days of Bitcoin, regulatory bodies and financial institutions barely paid attention to it. This has changed as the years went on and cryptocurrencies slowly began to threaten the pre-existing economic infrastructure as an increasing number of individuals began to slowly move away from traditional financial institutions such as banks and are now leaning heavily towards digital assets like cryptocurrencies and also forex trading.

As a result, cryptocurrencies tend to work without the bank’s direct participation, a feature that has elicited both praise and scorn from many. CBDCs, on the other hand, have the phrase ‘central bank’ in their name, which is arguably the most significant distinction between the two. Although both cryptocurrencies and CBDCs use tokens, CBDCs are introduced by central banks themselves, and so indirectly aid in the preservation of the present financial system, whereas cryptocurrencies seek to disrupt it, opting to pursue the route of democratization instead. CBDCs must therefore collaborate with the government, another social institution that the cryptocurrency sector strives to avoid as much as possible.

What countries already have their own CBDCs? China was among the first to declare that it will be launching a CBDC in March of 2021. Whereas other central banks in various nations were considering creating a cryptocurrency backed by the national government, China was the one to take preliminary measures to actually test the concept.

Since China launched the CBDC pilot programme, other nations have begun to issue a call to action. Turkey, Sweden, France, the Bahamas, Japan, and the Philippines are among the nations who have decided to get involved in evaluating CBDCs for general circulation.

How will CBDCs affect BTC? As news from numerous nations across the globe testing national digital currencies has trickled in over the last several months, there has been little indication of an influence on Bitcoin’s value or the cryptocurrency market as of yet. Bitcoin, which had recently crossed the $50,000 once more before experiencing a slight correction, did not appear to gain any significant price increases or decreases based solely on the CBDC testing announcements by the various central banks. However, banks are still largely in the testing phase, and the more digital currencies are examined at the national level, the more probable it is that unexpected problems will arise.

What opportunities can CBDCs present? CBDCs provide the unique benefits of central bank-oriented money in digital form, which involves settlement finality, liquidity, and integrity. They are a sophisticated kind of money for the modern economy.

Any and all digital currencies should be created with the public’s best interests in mind. Retail CBDCs, like the newest versions of immediate retail payment systems, might guarantee open payment platforms as well as a level playing field for innovation.

The final advantages of implementing a new payment technology will be determined by the competitive scenario of the fundamental payment system as well as data governance procedures. The very same technology that may foster a virtuous loop of increased access, cheaper costs, and improved services can also foster a destructive cycle of data silos, market dominance, and anti-competitive behaviours. CBDCs and open platforms are the best places to start this kind of aforementioned loop.

CBDCs based on digital identity might enhance cross-border payments while reducing currency substitution concerns. Multi-CBDC setups may be able to overcome the challenges of exchanging digital IDs between borders, but they will need international collaboration.

Why would central banks even need CBDCs? There are multiple reasons as to why central banks stand to benefit from implementing a government-backed central bank digital currency. Firstly, these financial institutions are often faced with decreasing paper (traditional) money usage, and so central banks aim to popularise a more appropriate electronic form of cash (as in Sweden).  Countries with considerable physical cash usage aiming to improve issuing efficiency (such as the United States, Japan, Denmark, and Germany) stand to benefit from this as well. Furthermore, central banks strive to fulfil the public’s demand for digital currencies, as seen by the growing usage of virtual currencies in the private sector, while avoiding the more negative implications of such privatized currencies.

Put simply, a CBDC should allow central banks to be in a position to offer a universal method of payment for today’s digitalized era while simultaneously protecting consumer privacy and also maintaining the private sector’s key role in financial intermediation along with payments at a retail level.

In the end, the introduction of central bank digital currencies is certainly an ambitious idea, and was inevitable given the current state of the world’s socio-economic infrastructure. As our society becomes increasingly digitalized, we will need payments methods that can keep up, however whether CBDCs can become popular and sustainable enough to become such a medium of exchange remains to be seen, especially since most individuals who became involved with cryptocurrencies did so mainly to avoid dealing with governmental and regulatory intervention and intermediation.