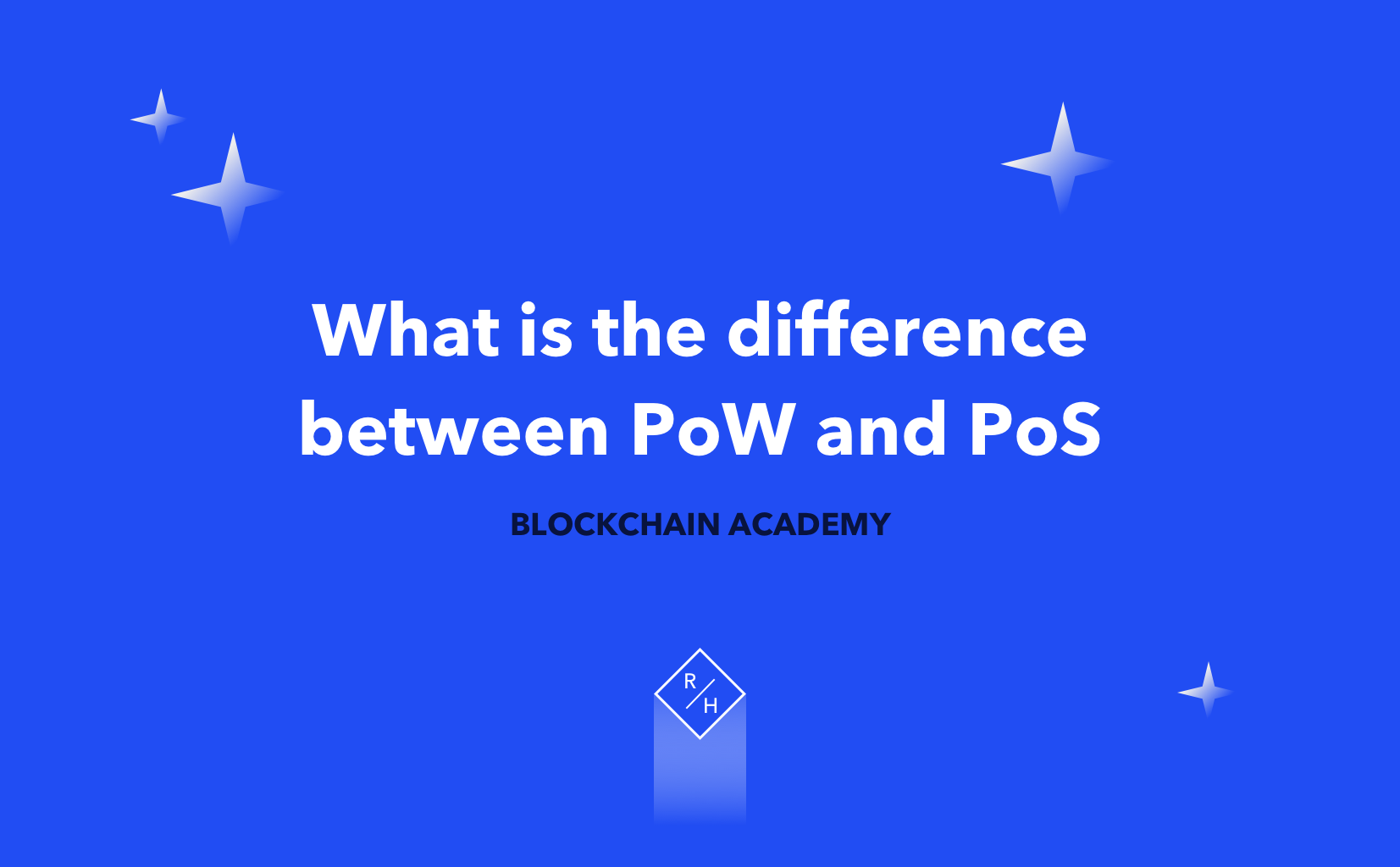 What is the difference between PoW and PoS? 📖

This is a new series called Blockchain Academy, where I will discuss and explain on a weekly basis one key concept in the blockchain and crypto space. There are so many interesting use cases that I am learning on a daily basis, some of them are more difficult to grasp like zk-SNARK but I will do my best to explain the concepts in the easiest way possible.

Hope you enjoy it.

Let’s talk about PoW (Proof-of-Work) and PoS (Proof-of-Stake). Since you landed on this article, I would guess that you have heard of the term mining, which is key to both PoW as well as PoS.

What is PoW?
For simplicity, I am taking Bitcoin as an example but the explanation applies essentially to all cryptocurrencies which are PoW-based. The mining process is used to confirm Bitcoin transactions occurring around the world. All the transactions need to be written onto the blockchain and to confirm that what is written is actually true, it needs a decentralized system in place, which confirms that a certain transaction occurred at a specific time.

PoW is a protocol (a mechanism) designed to primarily counter-act cyber attacks on the network and allows for a distributed consensus of * trustless* transactions (no intermediary needs to approve anything).

The PoW process entails solving exponentially more difficult math problems and is formerly known as mining. Mining is the process by which a group of trust-less transactions is written into the blockchain by successfully solving the so-called hash puzzle.

The first miner solving the hash-puzzle for a given block is then rewarded with the blockchain emission i.e. mining reward.

Finding the solution is basically a game and the correctness of the solution can be easily verified and is public (more on how hash-puzzles are solved on another post). Miners require an immense amount of computational power to solve these puzzles and the specific machinery is called ASIC.

In essence, the more ASIC machines you run in parallel, the more hash power you are able to use to solve the hash puzzle and the more likely you are to solve a hash puzzle as the first one for a given block.

Here come the critics as you might have heard from Elon or others. PoW consumes a lot of energy and is not ideal from an ecological point of view and can harm the environment if the energy is not produced from renewable sources.

There is at the moment a lot of initiatives happening to help make Bitcoin mining *green*.

What is PoS?
PoS is also a mechanism to validate transactions and hence has the same purpose as PoW but the result is obtained in a much different way. Proof-of-stake is executed by miners who put a number of their coins on a block to check transaction blocks.

The so-called validator (equivalent to the miner in PoW) is selected randomly and the probability to get selected depends on how many of your coins you put in a block to mine.

This might make you think that this would favor rich people as they have more coins to put into a block. Hence, they would get richer and even higher chance to be selected by the algorithm.

There is at the moment a lot of research happening around PoS. Algorithms favor validators with a higher amount of coins but also take into consideration other factors such as how long the coins were held in the wallet etc. to make the process much fairer.

A key characteristic is that the amount of coins you lock into a block is larger than what you would get in fees when you successfully validated the transactions in this block. Why is this important?

In the case of a fraudulent validator who tries to approve non-valid transactions, he would be losing part of the locked coins and hence making a net loss. This discourages validators to do fraudulent activities on the blockchain.

This was a short explanation of PoW vs. PoS. I hope this was helpful. Sign-up for my newsletter if you want to read more of these topics.